Are there e-bikes laws in Florida? Electric bikes have become popular in the United States, and every state wants to cope with this technological advancement. The state of Florida has its definition for e-bikes. The meaning has facilitated the formulation of rules and regulations to control e-bikes usage in the state.

I wrote this article to help you know if electric bikes are street legal in Florida. Take the time to read through to avoid breaking the traffic laws in the State of Florida.

Florida State has many laws in transportation and personal vehicles. These regulations can be confusing since some of them are difficult to find. The electric bikes topic has resulted in a hot debate due to their limited information.

So, are electric bikes street legal in Florida? Yes. The state of Florida recognizes e-bikes and classifies them as Electric Helper-Motor Bicycles. The law restricts e-bikes not to exceed a speed of 20mph when on the road.

Florida State law allows electric bikes to operate on any path or road where regular bicycles travel. However, cycling or e-biking in some national parks is not allowed. I recommend reading park regulations to avoid getting in trouble with administrations.

What Does Florida Law Say About E-Bikes or Electric Bicycles?

Florida was among the 20 states in the USA that dedicated the new law to control and regulate electric bikes or e-bikes usage on the roads. The new law helped cool down the hot e-bikes debate and legally grouped them as electric helper motor bicycles. (Source: House Bill 971). 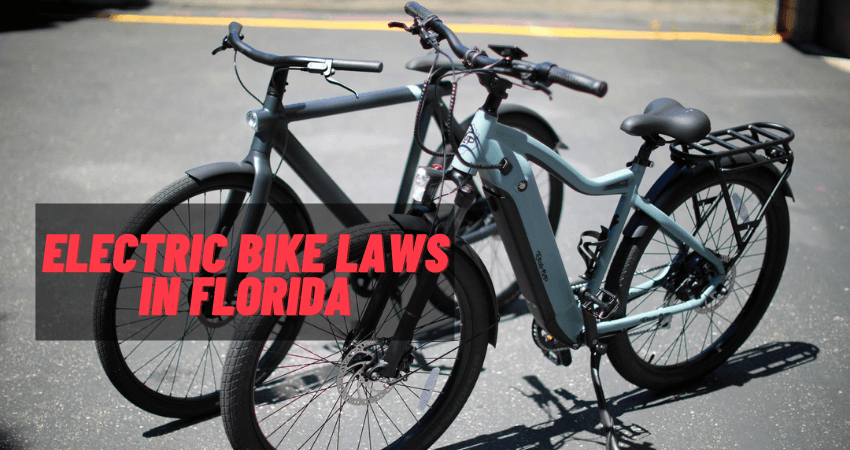 The new law restricts e-bikes from exceeding 20mph on level ground. Besides that, electric bikes have the same rights and obligations as regular bicycles. Any electric bikes that go faster than 20mph without pedaling are prohibited in the state.

These motorized bicycles need a $5 registration requirement despite not being included in the bicycle definition. Children under the age of 16 are not allowed to ride electric bikes or e-bikes in Florida.

But the rewriting of House Bill 971 statutes helped address the e-bikes issue. The new subsection (22) of Florida Statues 316.003 (4) removed the prohibition of anyone under 16 years from riding the e-bikes.

E-bikes are defined as bicycles or tricycles according to the 2002 Federal definition. The electric bike should have a saddle and operable pedals with an electric motor of fewer than 75 watts. Below are three classifications of electric bikes in Florida:

Rules for Riding on the Road in Florida State

A rider with an e-bike of 20mph speed limit does not need a driver’s license or tag and insurance to operate on roads in Florida. If the e-bike is capable of more than 28mph, it falls into a category that requires a tag, driver’s license, and specific insurance. 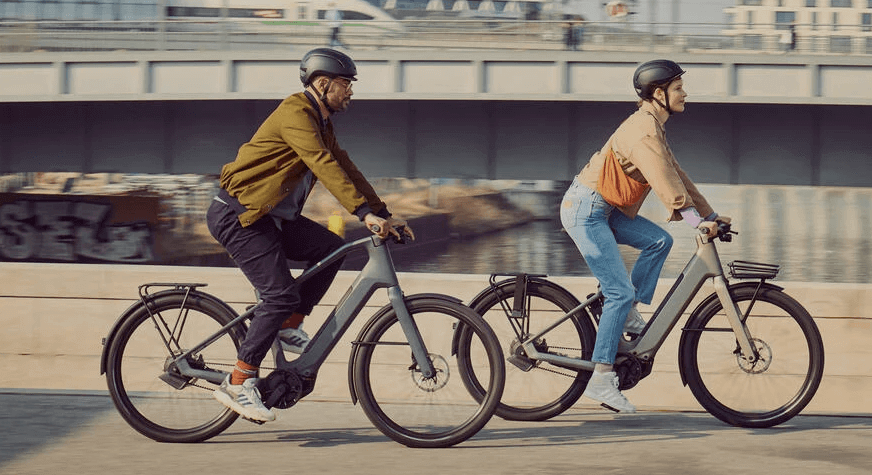 Cyclists need to buy uninsured or underinsured motorist policies for self-protection. Florida State has no laws that make it mandatory for trucks or van drivers to buy a bodily injury insurance policy. It implies that there is no insurance payout in case of an injury.

E-bikes fall under Florida’s three-tier classification and are covered with a similar insurance type to regular bicycles. The motorist coverage will offer maximum protection against drivers with no liability insurance.

Are You Up to Speed on the E-Bike Law in Florida?

Do you need an E-bike license, insurance, or registration in Florida?

An operator needs a motorist insurance policy for self-protection against truck or van drivers without bodily injury insurance. A $5 registration is mandatory, and no license requirements.

Are there any age restrictions to riding an electric e-bike in Florida?

Yes. Operators under the age of 16 are prohibited from riding an electric bike in Florida.

What are the laws around e-bikes helmets in Florida?

Operators under the age of 16 should to wear a helmet in Florida. It is for self-protection purposes.

Do you need a license to drive an electric bike in Florida?

No. An electric bike with a top speed of 20mph does not need a license for operation. The current Florida laws do not prohibit less than 16 years from operating the bicycle.

Can you ride an electric bike on the sidewalk in Florida?

Yes. But some urban sections in tourist influx cities restrict e-biking to minimize road hazards to the users. Florida state laws allow municipalities to control e-bikes on sidewalks in their jurisdiction.

Florida laws and policies are vulnerable to changes at any time. These changes will render the above information outdated and non-applicable. We recommend checking with the city, county, state, and other local agencies more often regarding electric bikes laws in your locality.

You can see other USA state Laws:

E-bikes or electric bikes are street legal in Florida. They fall under the three-tier classification system in the state. The state law enactment on e-bikes helps control their usage on the road. We recommend contacting Florida State’s transportation department to inquire about the current e-bikes laws. It will save you from getting traffic tickets and avoid violation of rules.