Electric bikes, commonly known as ebikes, have become an obvious transportation tool in the 21st century. There are so many ebike companies in the world, and each of them is coming up with the latest technologies, beating the competition each time to control the demanding market.

Previously, ebikes were considered expensive, bulky, and inconvenient machines with poor battery life. However, that has drastically changed with the latest battery and motor technologies. The modern-day ebikes are now attractive, lighter, and powered with long-life batteries, mostly Lithium ion.

Today, ebikes popularity in the USA has skyrocketed with their simplicity, convenience, and efficiency.  It is significantly noticeable that more and more manufacturers are adding these eco-friendly machines into the already flooded market. So, what are the most promising manufacturers among them who are doing actually pretty well?

Well, that’s what we’re about to find out! Keep reading and let us walk you through the most amazing electric bike makers here in the US and which one do you need to go with!

There are hundreds of electric bike manufacturers in the US alone, California leading with the highest number compared to other states. So, What American company makes electric bikes? The table below displays 16 companies that manufacture electric bikes in America the best among them:

As aforementioned, America has progressively become home to hundreds, if not thousands, of electric bike models from different manufacturers. It’s all about innovation, efficiency, and meeting the growing demand of riders. Here are the 16 best electric bike manufacturers in the USA (as of 2022):

Pedego Electric Bikes has been in the electric bike industry since 2008. It is for people who don’t settle for less.  Don DiCostanzo founded it as a small company with only one outlet. It has since grown into an international brand. 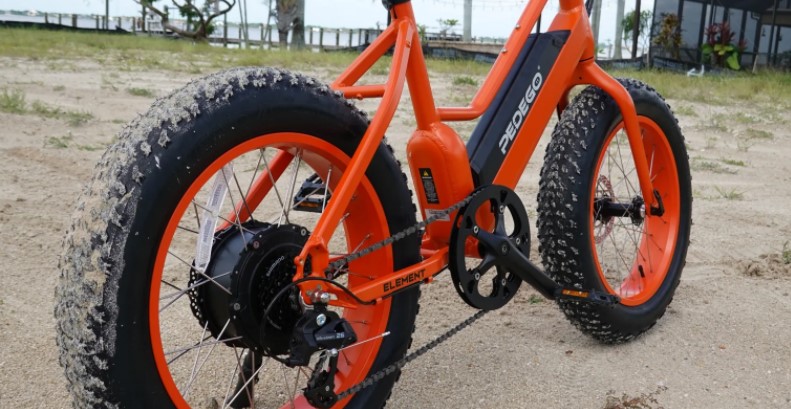 This company gives you the freedom to select the perfect ebike that suits your personal needs. They build their bikes with state-of-the-art battery technology that delivers long hours of usage, safety serviceability, and user-friendliness. Models include City Commuter, Ford Super Cruiser, Interceptor, Ridge Rider, and Tandem.

Pedego ebikes are expensive but they are worth every penny you spend on them. The company says you get what you pay for. Price range from $1600 to $6000

Trek Bicycles is a well-established American bicycle manufacturer. It has shown consistency in electric bike ranking as well. Trek’s journey started way back in 1975 in Milwaukee, Wisconsin, and has been a manufacturer and an advocate for biking.

About 42 models of Trek’s ebikes are available in the market worldwide. The Allant+ and Verve+ are a sure proof of durability and versatility that the company offers. They are built to endure long riding hours in different terrains. Other models include Domane+, Powerfly, Townie Go! Vale Go! Etc.

Being a well-established and trusted brand, Trek electric bikes are costly with high-end features and robust build, ranging from $4600 to $12000+.

Vintage Electric Bikes is an electric bike manufacturer in California started in 2013 by Davidge Andrew. Vintage Electric prospers in innovation and gets its design inspiration from vintage automobiles. 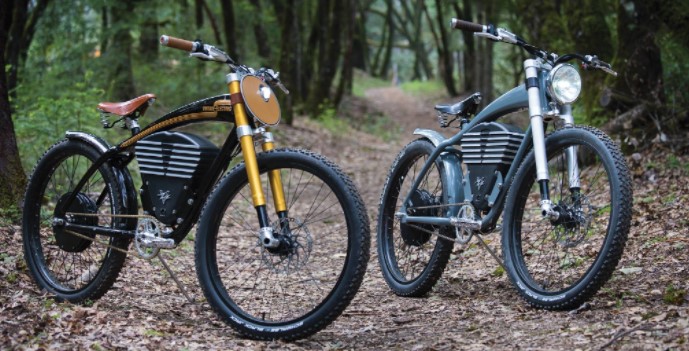 It has bike models such as; Shelby, Tracker, Cafe, Rally, Tracker classic, 72 Volt performance line, etc. Vintage Electric Bikes are engineered for speed and have a good battery life too.

Their models are expensive, ranging from $4000 to $7000. This company will handle everything from shipping to the final assembly of your bike as after sales service.

Safe and effective means of transportation are at the heart of Rambo Bikes. This company is situated in Portland, Oregon. They offer affordable electric bikes, eMTB (electric mountain bikes) designed for sports use or hunting. 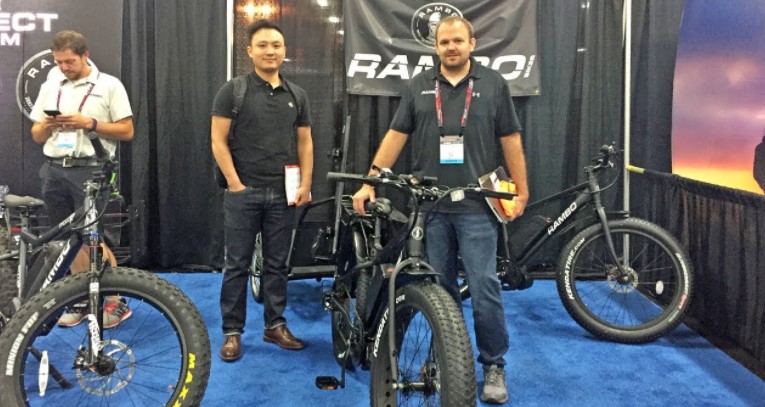 Some of Rambo Bikes unique features are:

The price range for Rambo Bikes models falls between $1400 – $8000. All these models are off-road capable.

Lectric eBikes is a new entrant in the ebikes arena. It started in 2018 in Arizona. Lectric is dedicated to producing quality ebikes at meager prices. 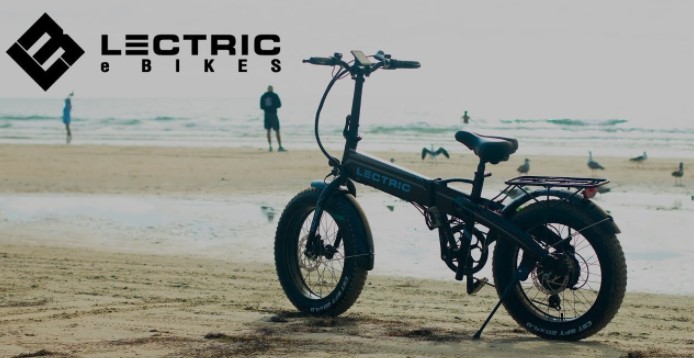 Lectric’s XP ebike is one model that has risen quickly and won the EBR “Best Folding Electric Fat Tire Bike 2020” award. Lectric is known to use quality components from Shimano, LG, Tektro, etc. They also have a step-thru model, which is foldable and has a cargo rack too.

This XP model has been widely sold due to its meager price. You can get it for less than a thousand dollars, $999.

Montague Bikes is one of the oldest electric bike manufacturers in the US. It was founded in 1987 in Cambridge, Massachusetts, by David and Harry Montague.

If you are hunting for a foldable bike, then look no further; Montague is popular for making the best foldable bikes of all time. Montague ebikes product line includes M-E1. It is a 700W folding bike with three pedal assist modes. It comes with front and rear lights, a rear cargo rack, and full-coverage fenders.

Much like other ebike companies in the world, Aventon, a California-based electric bike manufacturer, strives to produce the best modes of ebikes for its clients by prioritizing riders’ requirements. 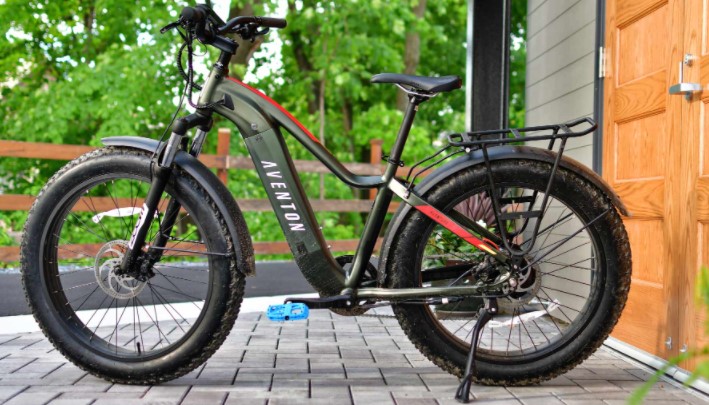 Aventon combines top speed, convenience, riding comfort, and low cost in one package. They offer three ebike models; Sinch, Pace, and Level. All three models are cost-effective. These are fast bikes, can hit a top speed of 28mph with a 750w integrated motor. They come with hydraulic brakes, an adjustable kickstand, fenders, and a rear seat. Worth noting is its powerful battery, which goes 60 miles riding on a full charge.

Rad Power Bikes is an Oregon-based electric bike manufacturer established in 2007 by Mike Radenbaugh. This company has their bikes designed in California then shipped to Eugene, Oregon, for assembly.

Rad Power has had a couple of their electric bikes receive the “Best Ebike” award. These models include RadMini, RadCity, RadWagon, and RadRover. Rad believes in power since none of their ebikes has a less than 750w integrated motor. They provide potent models at lower prices compared to other electric bike manufacturers.

Charge Bikes first popped into the market in 2004. Their mission was to provide customers with durable yet affordable electric bikes. It is located in Connecticut and owned by Dorel Sports.

Charge Bikes has very few ebike models: comfort cruiser, city bike, and XC eMTB, city bike being the most common. XC, on the other hand, won the “Best E-Bikes for 2021” c-net awards. Charge ebikes come with a pre-installed cargo rack and a 50-mile battery on a full charge.

Soul Beach Cruisers is an Arizona-based ebike company founded in 2011 by Jim Decker.

It is well known for building bikes with premium components, having a unique appearance and style, and focusing on performance. Their bikes also have a distinct agressive outlook that will surely catch your eyes.

They have models such as Saber SS Pro, Standard Saber, and the Sonic SS Stomper Race edition powered by a 1500w peak power motor. Stompers are perfect for bigger and taller riders.

Among the well-established electric bike manufacturers in California, Ride1Up stands out as an underdog. The company is rising fast with solid urban electric bikes at a meager cost.

Their models are mainly performance bikes with above-average motor power, such as the 500 and 700 series, Roadster v2, LMT’D, and Core-5. Ride1Up bikes are very cheap; a Roadster v2 goes for less than a thousand dollars. In speed, these models can go as fast as 28mph despite having not-so-powerful motors.

Schwinn has been in the bicycle industry since 1895. It was founded in Chicago, Illinois. Even though the company was not geared towards electric bikes, it has managed to build competitive ebikes.

Schwinn has thirteen ebike models and emphases on design seriously; they also design ebikes specifically for women. Their bikes are relatively affordable and beginner-friendly, not forgetting lightweight. Schwinn has ebike models such as; Coston DX, Marshall 27.5, Mendocino 26in, etc.

Established in 1974, Specialized has made high-end bikes and has acquired tremendous expertise in this sphere.  The company focuses more on high-performance electric road bikes and eMTB.

Here you’ll never fall short of advanced tech features. It’s where superior ebike technology is all about. Some of the models from this brand include Turbo Como, Turbo Vado, Turbo Creo, etc.

Mod Bikes is an electric bike company in Austin, Texas. It designs and manufactures bikes that assist riders in having fun and getting to their destination in style.

Based in the hilly city of San Francisco, E-spin is an ebike manufacturer that meets the needs of riders who experience difficulty riding on hilly terrain.

It has three models: Flow, Aero, and Sport. This company has managed to put together adaptability and affordability. Espin offers a 12 months comprehensive warranty for all their eBikes.

E-spin has its prices on the lower side since it sources components from Taiwan and China. Price ranges from as low as $1500 or even lower.

Like any other electric bike manufacturers in California, Juiced Bikes is committed to offering top-performing and innovative products. It was started in 2009 in San Diego by Tora Harris and has three categories of products, namely commuter, city, and road.

Juiced bikes are reasonably affordable compared to other high-end bikes and the specs they offer. Price varies from $1700 to $2800

Who Is The Biggest Manufacturer Of Electric Bikes?

Rad Power Bikes is the largest electric bikes manufacturer in the US. This Oregon-based company offers a wide range of ebikes across eleven unique models. Rad bike has been in existence since 2007, having some of their models win the “Best Ebike” award. According to their website, they have over 17,000 verified positive reviews.

What are the best brands of electric bikes?

Are there any electric bikes manufactured in the United States?

Yes. There are over 20 electric bike manufacturers in the United States. California has the highest number of them in comparison to other states. Today, The US has become home to electric biking, both for effortless speed rides, and environment-friendly transportation solutions.

What are the most popular electric bike brands?

How big is the e bike market?

What is the target market for electric bikes?

In the United States, electric bike users are from the Baby-Boomer category. Most of them are between 45-54 years, 55-64 years, and above 65 years. Regarding gender ratio, 70% of e bike users are male, whereas 30% are female.

The best ebike brands are not only identified by cost or use of top-quality components but how it perfectly works for you. If you have read this article, you have enough knowledge of the best electric bike manufacturers in the USA by now. Now, if you are out shopping for an ebike, this article has simplified your decision-making process and will help you make a better decision for sure.